“Black death is a fetish in America and it rewards the victimizers by making them billionaires, celebrities, podcasters and mainstays in the pop culture atmosphere.”

The need for representation is such to where people want representation, not only from the hero side but from the villain side as well. It’s one of the dumbest things ever but hey, it does make life as a Black comic book reader interesting. Last night, I sat down and watched the first episode of Hawkeye on Disney+. There is a scene where Clint Barton aka Hawkeye is in a restroom relieving himself at a urinal. He goes about his business and looks down at the urinal where he is and sees a small bit of graffiti on the urinal. It read “Thanos was right”. Now let’s be honest. This was a nod to the sentiment about another villain in the MCU, Killmonger. In the Black comic community, some people are of the opinion and there are those in the wider scope of the Black community in general, that the character, Killmonger, in the Black Panther movie was right. How is that possible? How can a villian be right about anything? 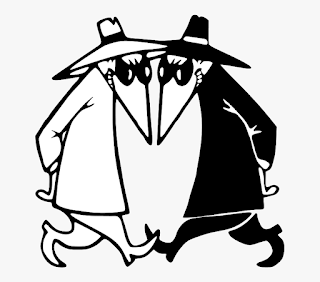 Here is something to consider. When a people have been oppressed, naturally whomever tends to side with the oppressed become sympathizers, allies, or advocates. However, like anything that is messy and convoluted, the truth gets choked out. Sometimes our inability to see clearly lies in the obvious. People are oppressed, therefore they want to be free. It’s the cost that tends to be bothersome. Killmonger’s father in the Black Panther movie saw the oppression of American Blacks and wanted to help them fight the oppression. In his striving to do so, he helps an enemy of Wakanda steal vibranium. As a result, he is killed by the Black Panther T’Chaka. However, in T’Chaka doing so, he makes an orphan of N’Jadaka aka Killmonger. The kid grows up fueled to take revenge not only those who oppressed his American brothers and sisters but those from his native land of Wakanda. He knows that vibranium can and will liberate Black people. It’s a noble cause with calculated collateral damage. This goes back to the cost I was talking about. In war, there are not heroes and villians on both sides. Listen, here’s the truth about war. There are no heroes or villains. There’s just war and the bitter fruit it produces, death. One side might be more right than the other but in the firefight, in the exchange of battle; Honestly, it’s hard to tell. As a Black man who has experienced the oppression of the United States through the lens of war, police brutality, environmental racism, etc. If someone wants to come along and free the land, who am I to disagree? To many of us, Killmonger was right. Sister Souljah speaks passionately along these lines in the her song ‘The Hate that Hate Produced’ “Two wrongs don’t make a right but it damn sure makes it even!” This mindset is fair. Why? All is fair in love and in war. At least that is what they said. They been saying a lot and they been wrong a few times and they is like a broke clock. It’s right at least twice a day. Now Killmonger isn’t the only Black villain that is mired in conflict from a sentiment side. There are others but for the sake of time. I just want to focus on one other villain. Moses Magnum. Now Moses Magnum is not the most well known Black villain but he is one of the most powerful and most impactful. Moses Magnum, however is a flawed individual who saw to destroy his enemies but in truth like Killmonger in a lot of ways, had no real allies. His first victims, were his own people. His first appearance in comics takes place in Giant-Size Spider-Man #4. When Italy invades Ethiopia, Moses joins with the invaders against his own people. It is interesting because what makes Moses Magnum a true villain in my humble opinion is that he inflicts evil not on what he perceives to be the enemy of his people but he inflicts that desire to do evil on his own people. How is it that in this day and age we salute and honor drug dealers? How is it that we can romanticize, politic, and protest for leeches in the Black community? Before they became beloved, they victimized people that look like them. Alas, Black death is a fetish in America and it rewards the victimizers by making them billionaires, celebrities, podcasters and mainstays in the pop culture atmosphere. 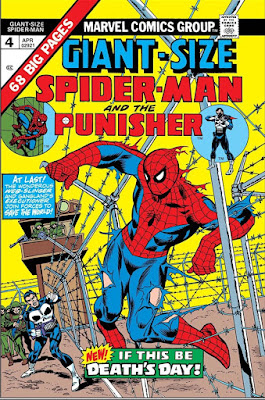 So while Moses is a dirtbag out the gate; We see that he improved his lot in life by invading Canaan. In doing so, he gets diplomatic immunity and makes Canaan his base of operations. He is villian, not a politician and since villains gotta villain he steals from Wakanda. You can read this great story in Deathlok by Dwanye McDuffie in issues 22 through 25. It is in this story that he proclaims that Canaan was for African-Americans. Yep, Black villains need PR too. So while we can get all misty eyed behind the thought of Africa’s lost children returning to their homelands, let us not forget that all of that was a smoke screen. The oppression of our people have always played a role in the politics of the motherland. While good gestures and sympathy matter, it is propaganda at the end of the day. It is propaganda to get the people on your side. It doesn’t matter what side it is because both sides are not on our side. Like the old saying goes when it comes to justice, it really is “just us”. Yet, that’s another story for another day. Zora Neale Hurston is credited largely with the phrase “all skinfolk ain’t kinfolk”. However, as Solomon reminds us in the bible. There is nothing new under the sun, we have to take it with a grain of salt. Why? While the phrase in and of itself is true. It has a bitter taste. It’s one of those things where, you just wish it wasn’t true. So while the Killmongers and Moses Magnums of life gain sympathy, traction, and credibility because of where we reside in Babylon. Let us remember to not ride with the devil because trust and believe, he is going to want to drive. Either way, he is going to steal, kill and destroy because villains gotta villain baby! -Richard J Wright

A Black Guy Walks into a Comic Shop …

Rare Interview with Mario Gully, the Creator of Ant. Pt.1

Wakanda Forever and the pathology of Black Leadership

A Moment of Clarity Black Panther #11